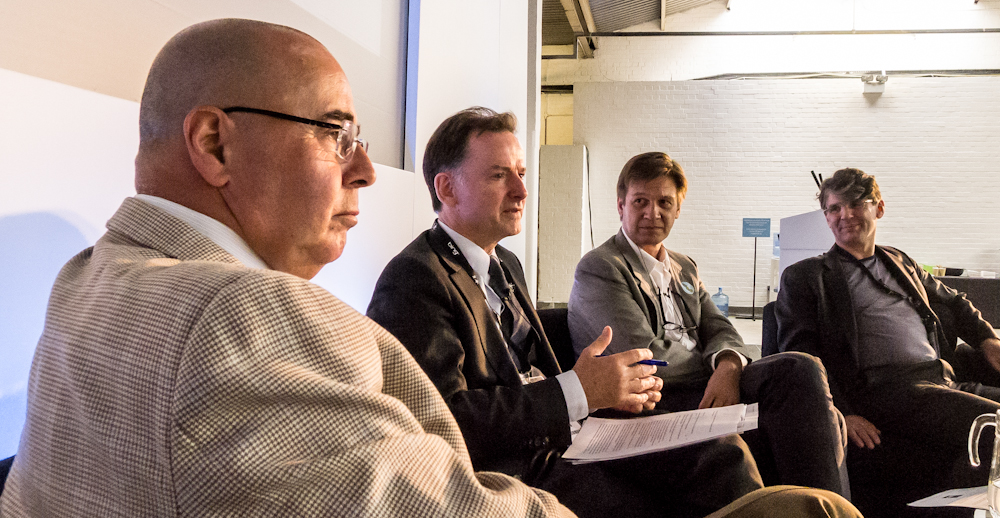 Posted at 11:55h in AIPP, Copyright, photo industry by Chris

I travelled to London in May to attend the CEPIC congress representing the interests of Australian photographers. CEPIC has been mostly dealing with Picture Libraries but want to expand their representation and get the people that actually create the imagery involved with this congress.  My colleagues Gene Mopsik and Judy Herman at ASMP were asked by CEPIC to put on a full days program that was called ”photocentric day”. They wanted to get an internationally broad spectrum of people involved, so with some funding support from the CAL cultural fund and the AIPP, I travelled to the UK.  Along with spending 3 days with 600+ delegates from around the world I spoke on 2 panels at the conference on the future of the professional photographer – quite a challenge!

I made this picture while on the stage! so there’s a couple not in shot – but here we have L-R Eugene Mopsik (ASMP), Bill Bush (the Premier League), Phillipe Schlienger (UPP), Dominin McGonigal (C8 Associates).   Others on the panel, not in shot were myself, Mike Watson (club footie) and moderator Judy Hermann (ASMP).

And along with the CEPIC congress, also spent time meeting with reps of some other professional photography organisations.